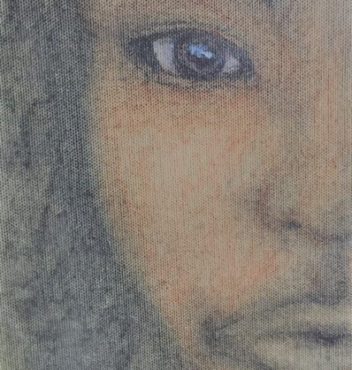 In a discussion in which I argued that racial discrimination is preserved and perpetuated in the cultivation of societal patriarchy – one opposing argument made by a white person is that too much emphasis is placed on race. “Everyone experience struggles in their lives. All lives matter,” she said.

The response is not uncommon among whites who take offense when Blacks speak against racism, challenge racial biases and assert their ethnic value. That Blacks – in demanding fair treatment, dignity and respect is perceived as an attack on white people’s value is perplexing. Blacks have been fighting against a white ideology of superiority throughout history, yet nowhere is it documented -past or present – that Blacks have argued for a position of superiority over whites.

One cannot help but wonder when confronted with these surface-level responses just how vast is our disconnect that many whites do not understand why Blacks fight against racial injustice? And are we even talking about the same struggles?  It is hard to conceive that one can remain ignorant in a climate so thick with racial discord. But conceptually speaking, can whites truly relate to the intersectional factors around race, sex, and class issues with which Blacks struggle? How many whites have ever ventured far enough outside the safe space that white privilege allows them to conceive of a reality in which Black boys and men are gunned in droves like animals – or locked away behind bars – sometimes-  for years for the same infraction for which a white man will walk free? Can whites whose world of privilege protect them from having a life in which their children do not have access to decent education understand the scant resources available to many inner-city Black kids?  Or being confined on a large scale in neighborhoods that are stripped of resources that are crucial to improving their lives – trapping them in a perpetual state of oppression one generation after the next?

The disconnect is real and it is vast. One can argue that while many whites will claim that they are not racist – few will acknowledge that their whiteness has for generations provided them with privileges that many Blacks cannot conceive. Understanding this element is essential in the way researchers, scholars and race theorists approach addressing  racism. To move forward as an equal and just society requires a collective mindset that we are strengthened by our diversity – that all men, women, and nationalities no matter their ethnic background deserve equal rights, justice, opportunities and fair representation. Fundamentally, what fraction of whites are willing to acknowledge that their white skin has provided them with privileges that many Blacks are denied? And what fraction of that group cares enough about the collective advancement to venture out of their safe space and get involved in bridging the vast racial divide?

There is profound hope that a large enough segment of the white population does care – and there is profound hope that those individuals will begin to ask questions that will allow for a more expansive and inclusive discourse. But there will also be – as James Baldwin alludes in his work –  those who will choose and will insist on remaining in a state of innocence long after that innocence is dead.

But as a starkly under-represented group – Blacks must continue to invest in advancing the population. And no – white and Blacks do not face the same struggles particularly around socio-economic, race, class, sex and gender issues.

Black history did not begin in chains.

Stats about State of Black Women in the U.S